Nigeria is currently experiencing a major upsurge in the number of confirmed COVID-19 cases, considering the figures over the past few weeks.

Within three months from February 27, when the index COVID-19 case was confirmed, the country has witnessed a significant rise in the number of patients who have tested positive for the disease.

On March 30, 2020, when the country confirmed 111 cases, Chikwe Ihekweazu, director-general of the Nigeria Centre for Disease Control (NCDC), had said the country shouldprepare for an expected risein the number of cases. 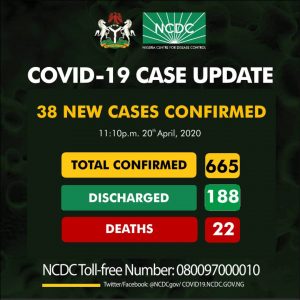 “Yes, we have crossed the hundred mark and the reality is that there is a virus circulating in our midst and that’s why Mr President came up yesterday to speak to Nigerians. In the short term, we do expect the numbers to keep rising but we also expect that we would be able to get on top of this and that’s why some extra measures are needed,” he said.

And so did the figures increase – building up gradually at first, but by a wide margin over the weeks to come. 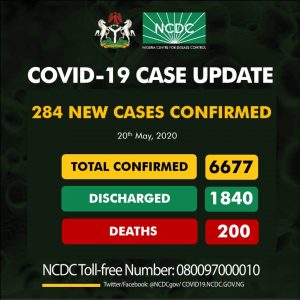 Exactly one month later, the number of samples tested has increased to 40,043, out of which 6,667 cases were confirmed in 34 states and the FCT.

Nigeria also recorded its highest daily toll within that period with 386 new COVID-19 cases confirmed on May 8, 2020.

Kogi and Cross River are yet to record any case, although they currently have the lowest number of samples tested – as of May 18, 2020,NCDC had tested one sample in Kogi, while seven had been tested in Cross River. All samples tested in both states returned negative.

The period in focus also saw the number of fatalities increase from 22 to 200.

However, recoveries rose significantly percent from 188 to 1,840.