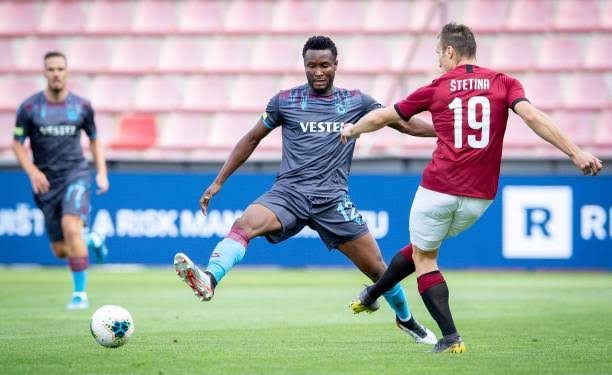 Former Super Eagles Captain John Obi Mikel and compatriot Anthony Nwakeme will be teaming up on all fronts as Trabzonspor host Bassel in one of the UEFA Europa matches lined up today.

The duo of Mikel and Nwakeme were impressive in their last league match with Nwakeme scoring one of the goals in the 4-1 defeat of Besiktas, and will be hoping to replicate that performance against visiting Bassel.Although Mikel saw yellow in that encounter, it will not stop him from doing his usual midfield maestro job for the club today.

Basel are coming into today’s match fresh from a 3-0 victory over Luzern in the Swiss super League. It thus promises to be a tie full of fireworks as both teams are in high spirits after impressive last outings.

Elsewhere Nigeria’s Uche Agbo will be ready to do exploit for Sporting Braga as they host Slovakian side Slovan Bratislava. Braga head into the match fresh from a lone goal victory away to Portimonense in their local league.

Although Agbo has been an unused substitute in Braga’s recent matches he will nonetheless be available for the Primeira liga side who currently occupy 11th position in the 13- team log.

Twenty four Europa league matches will be on parade today including AZ against Manchester United.

Nigerian-born England junior international Bukayo Saka who plies his trade with Arsenal, will hopefully be on duty for the Gunners as they take on Belgium side standard liege.